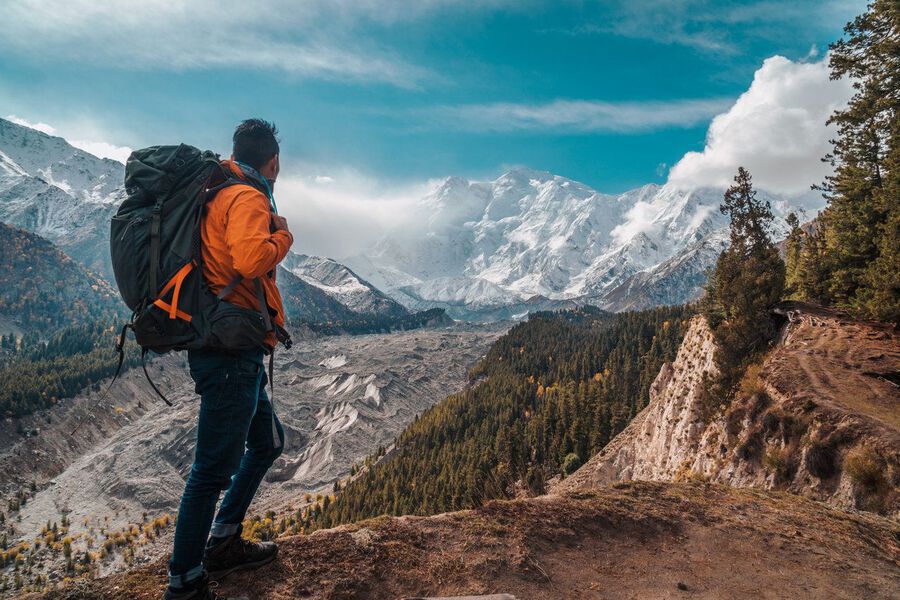 Nanga Parbat, also called the Killer Mountain, is an 8,125-meter high mountain that figures as the second highest peak in Pakistan (after K2) and the eighth in the world. Its hair-raising name is due to the fact that, throughout the years, Nanga Parbat has taken the lives of many climbers who tried to climb it unsuccessfully. Nanga Parbat is also considered one of the hardest mountains to climb in the world.
However, despite having such a terrifying name, the Nanga Parbat Base Camp is surprisingly accessible for all kind of trekkers, as it is located only 4 hours away from Fairy Meadows, a campsite which is normally used as a base to organize treks to the base camp.
Fairy Meadows is in a green lush plain from where you get striking views of Nanga Parbat, starting from a vast glacier which, gradually, ascends to the foot of that huge ice block.